How Hot Dinners Get on the Table in 10 Min Flat. Start to Finish!! Instant Pot IP-Duo Review

I have to admit, I’m new to the world of pressure cooking. I stumbled across an infomercial several months ago where they were cooking massive amounts of food at lightening speed. I was intrigued, so I decided to give it a whirl with the Instant Pot IP-Duo. I’m so glad I did, it’s been a real time saver for our family!

One of the biggest budget busters at our house is when I forget to thaw things out for dinner, and we end up ordering in. For a family of 6 this is a costly mistake.

So I decided this pressure cooking thing was worth a try! At first I was a little intimidated because you always hear those stories about someone’s grandma who’s pressure cooker exploded in her kitchen. Let me just say, the Instant Pot IP-DUO has a ton of safety features, so after my first use I felt at ease. The instant pot seals and locks when it is pressure cooking and will not open until the pressure is released. 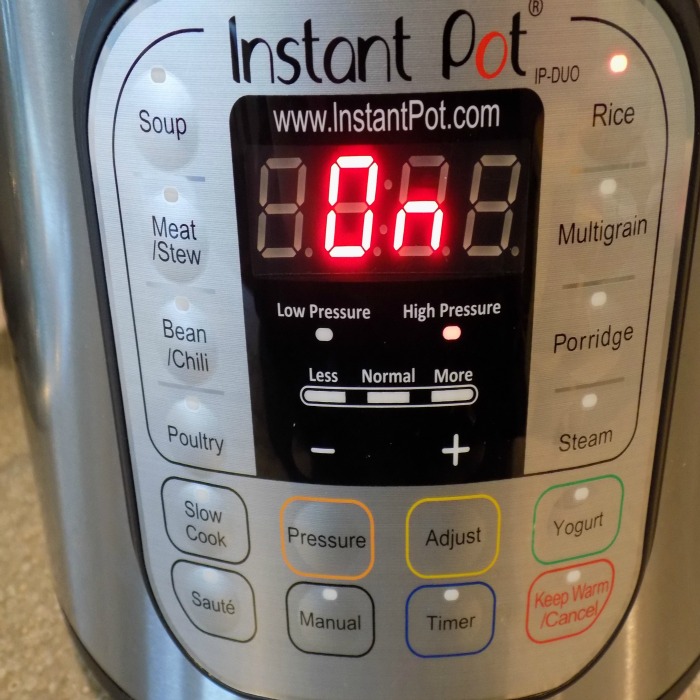 I was skeptical about adding frozen meats to the pressure cooker, but the first thing I tried was frozen chicken leg quarters. I added eight. They cooked to perfection in 15 minutes! I was amazed. The Instant Pot is going to be a huge time and money saver for our family. Total game changer.

I’ve used the Instant Pot to cook almost every night since! It has a saute function, a slow cooker, rice cooker and yogurt function. This thing can literally replace your rice cooker, yogurt maker and crock pot. HELLO CABINET SPACE! I’m in love. The only function I’ve yet to try is the yogurt maker, and that’s next on my list.

If I had the cash, I’d buy one for every mom I know. The Instant Pot is a dream come true. I never thought I say that about an appliance. 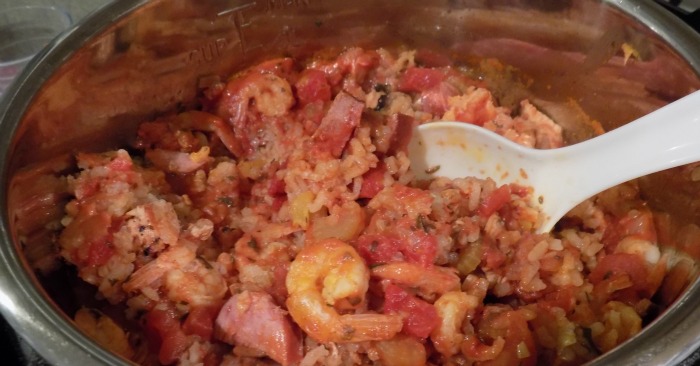 Recipe for the InstaPot Gumbo