Need an easier way to juice lemons, or a faster way to ripen bananas? There’s a hack for that! There are so many food hacks, in fact, that we’ve put together this handy dandy list just for you. Learn how to keep brown sugar soft, how to separate eggs with minimal fuss and the BEST way to serve watermelon… all below! 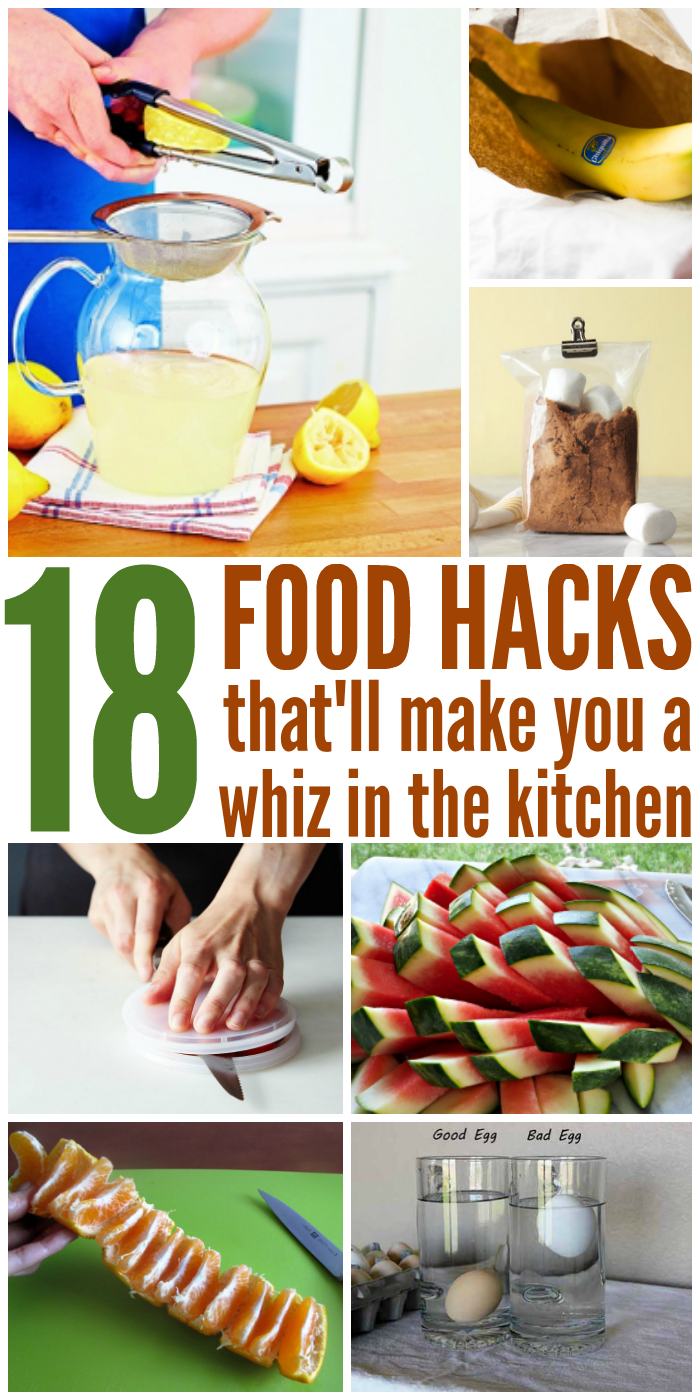 Prevent splatters in your kitchen!! All you need is a paper plate. Poke your Kitchen Mixer attachments through the plate and give it a whirl! No more dust cloud or splatters! (Photo is from the House Tips Instagram Account) 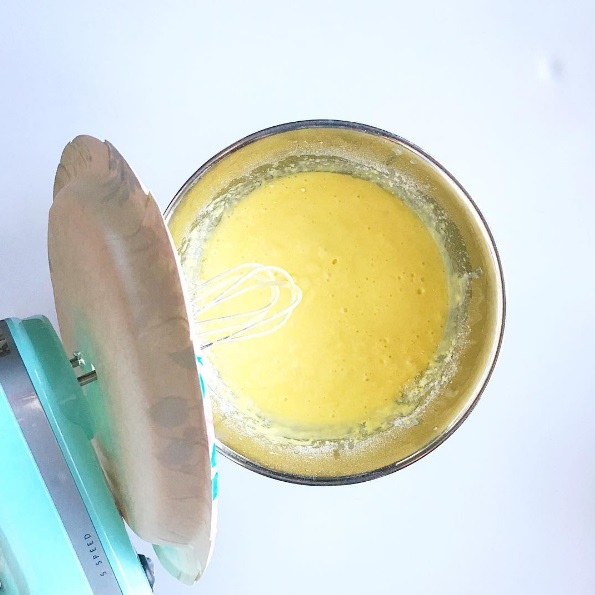 Separate eggs without making a mess! After cracking the eggs into a bowl, use an empty plastic bottle to suction the yolks out of the mix. Easy peasy. 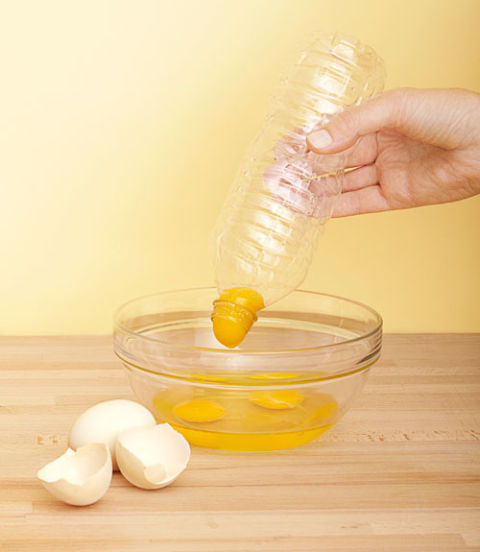 Don’t know a good egg from a bad one? A fresh egg sinks in water, but an old or stale one floats. While the one that floats may not be “bad” per say, it’s probably in your best interest to toss it. 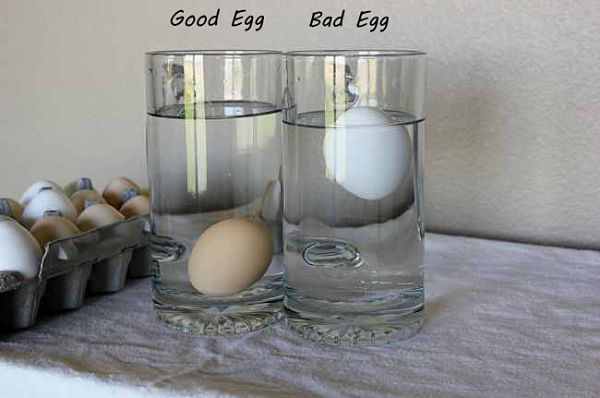 To soften butter quickly, place butter between two sheets of wax paper, and roll it out with a rolling pin. 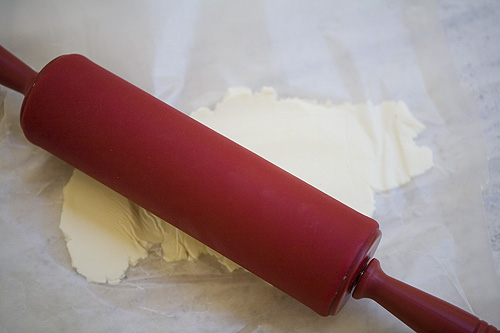 Keep apple slices from turning brown in the lunchbox with this trick. After you cut the apple into wedges, close it all back up with a rubber band or pipecleaner.

Make stuffed peppers in a muffin pan. It keeps them upright during baking. Why did I never think of that before? 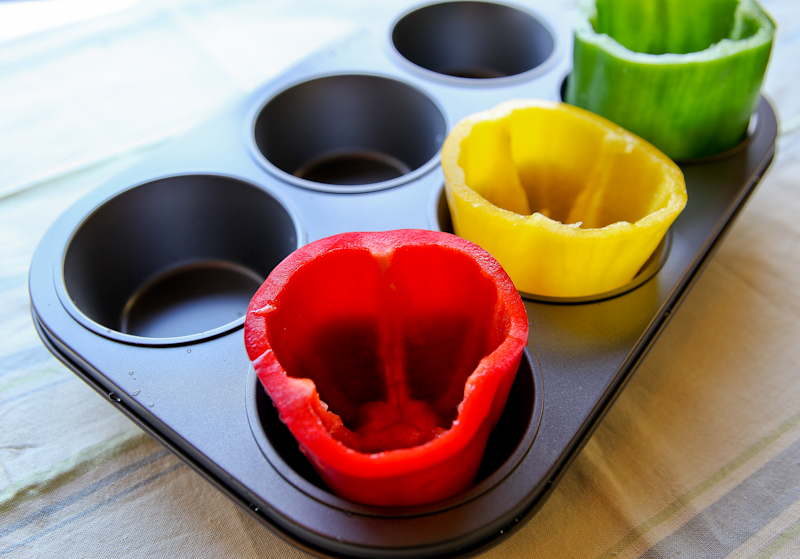 Juice lemons by placing lemon halves between the arms of your tongs, and then squeeze over a bowl or pitcher. You’ll have fresh lemonade in a snap! 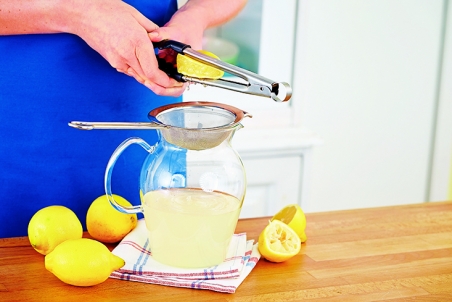 Do you have trouble with potatoes sprouting before you can use them? Add an apple to the bag. Some say it helps! 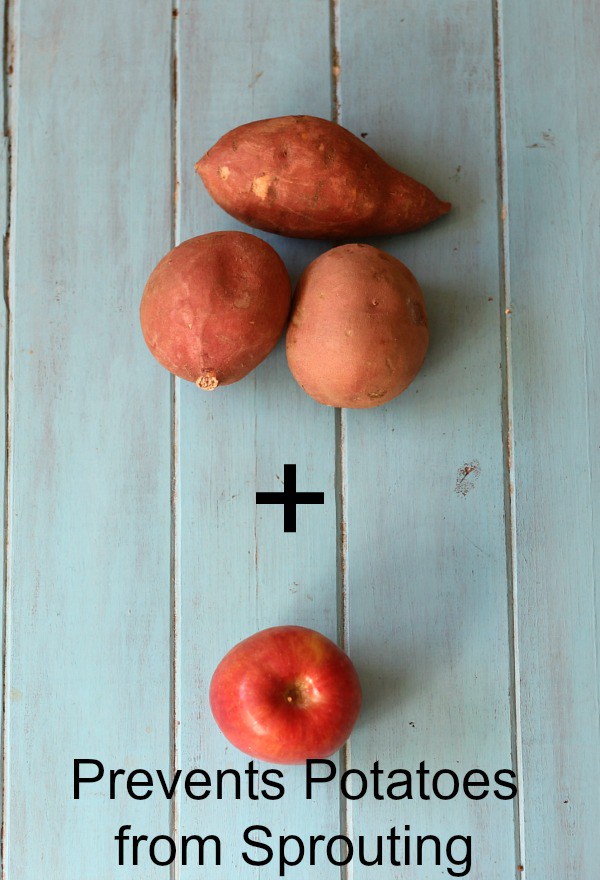 Cut mandarin oranges into a strip rather than peeling them and having the smell on your hands for days. Kids will love pulling slices off the strip! 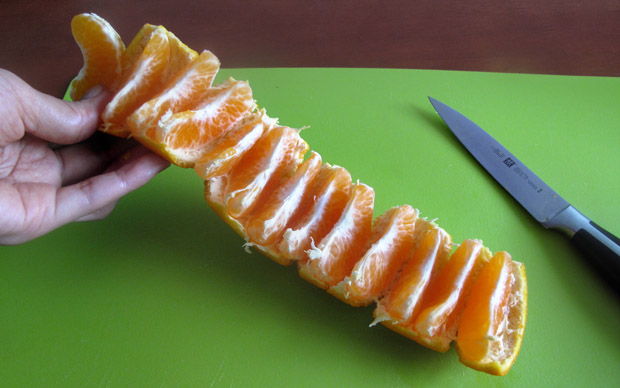 I can’t be the only person who has trouble peeling boiled eggs, right? Well, this trick is genius! Those shells will slip right off if you add 1/2 tsp. baking soda to the water before boiling the eggs. 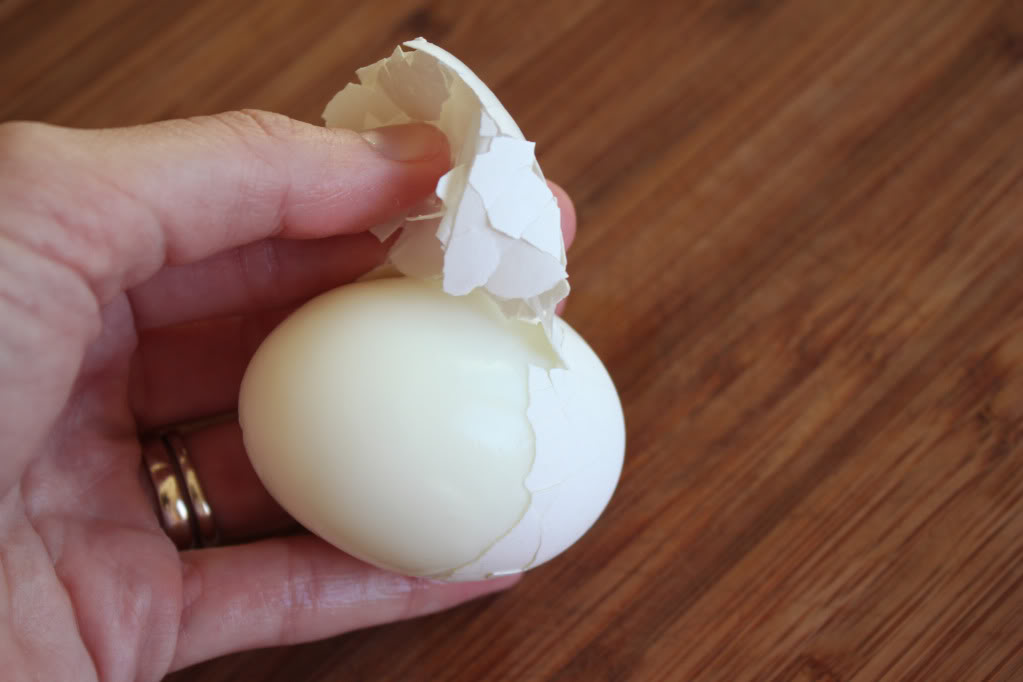 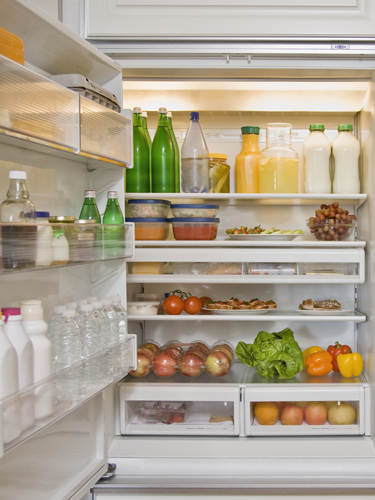 Keep brown sugar soft with a couple of marshmallows. Just drop one or two in the bag when you open it. 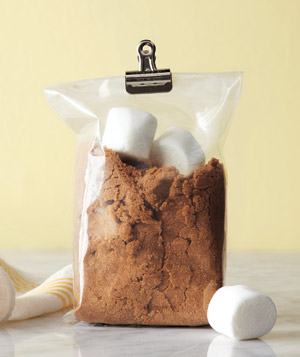 Use a clean toothbrush to remove corn silk from corn. You’ll be surprised at how much faster you can get the job done with a toothbrush! 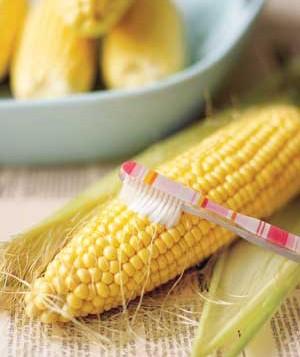 Slice lots of cherry tomatoes at once with this nifty trick: Place the tomatoes between two plastic lids and run your knife through the middle. 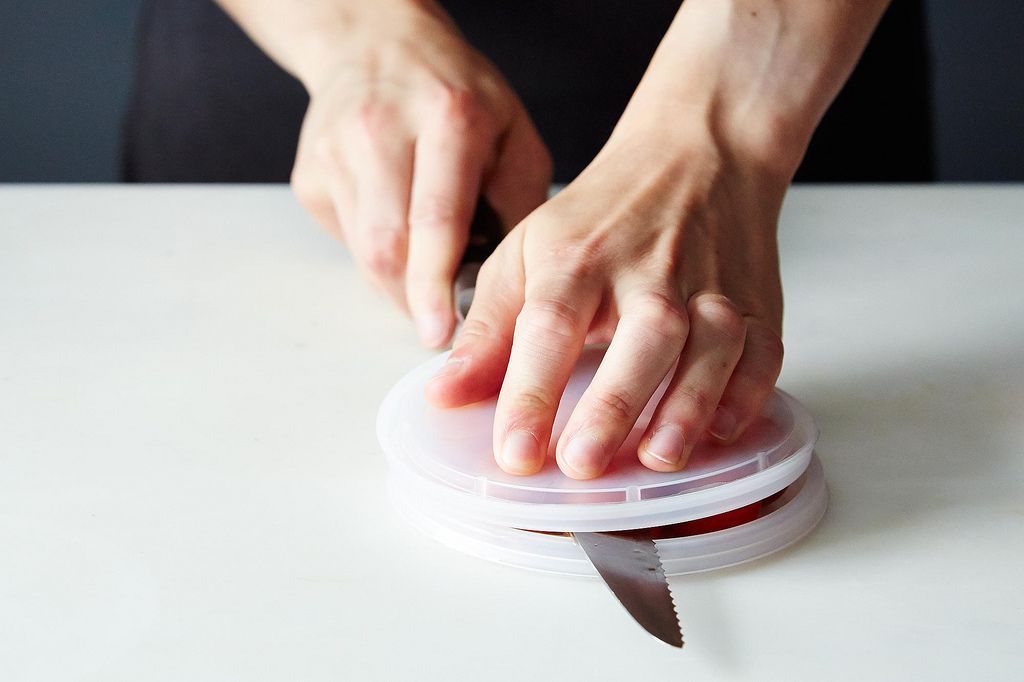 Keep bugs out of flour, pasta and rice with bay leaves. 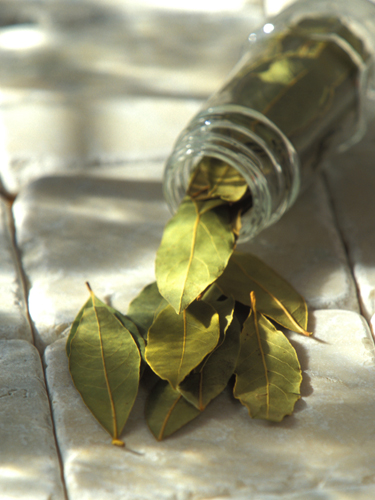 Quickly ripen bananas by placing them in a paper bag. If you need to ripen several bananas, keep them bunched together (do not separate). They’ll emit more ethylene gas that way. 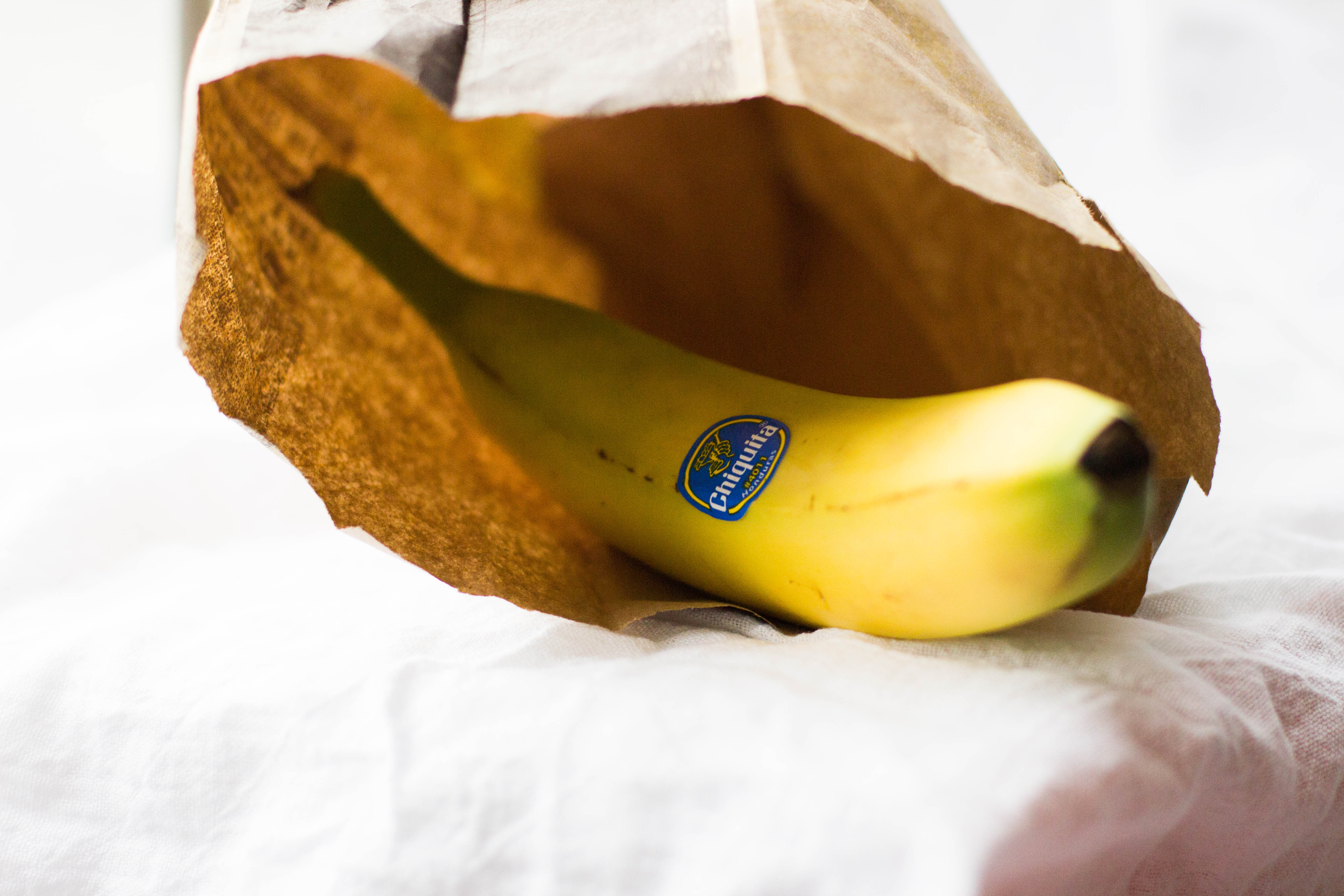 Put corn cobs on a bundt pan to shave the kernels off. This is so much easier than doing it over a bowl! 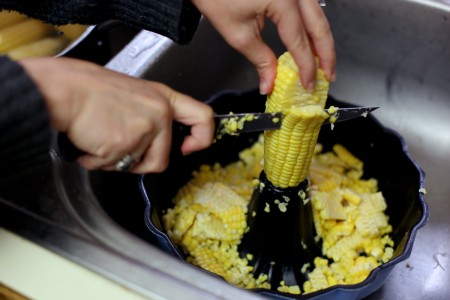 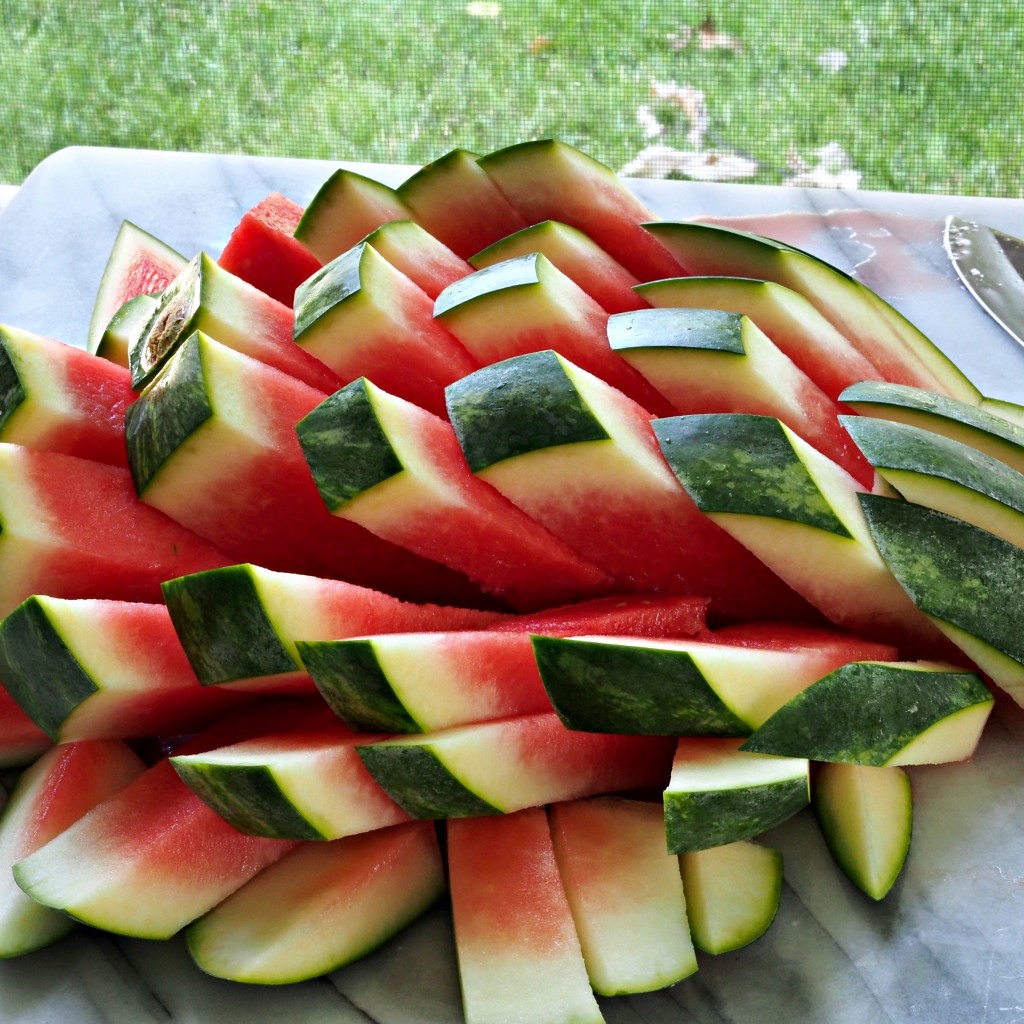 Bake cookie dough on the bottoms of a muffin tin to create easy and yummy dessert cups. 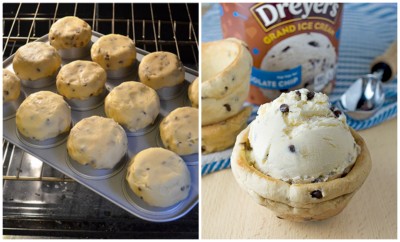 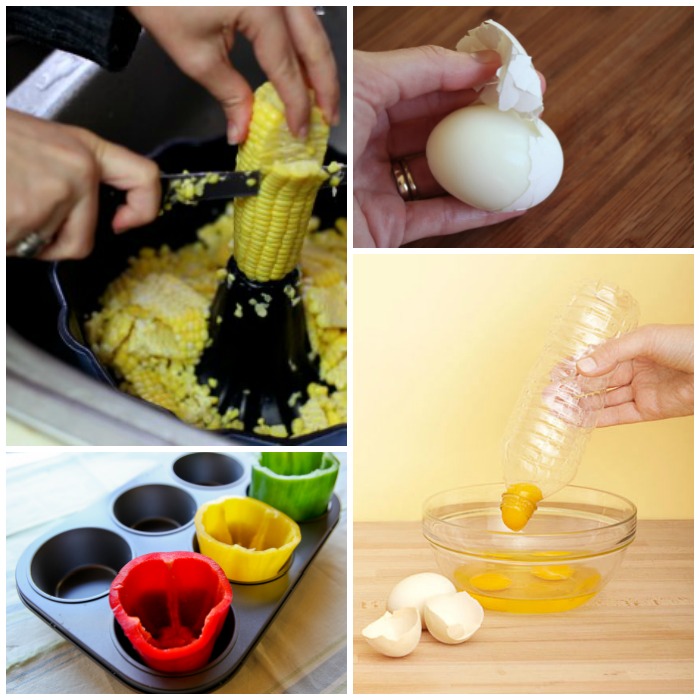