by Donella Crigger | For Fun

We’re not sure if it’s more fun to be the prankster or rollover with laughter at your kid’s pranks. Either way, we’ve found some easy April Fool’s pranks that are both hilarious and totally harmless. So if you want to prank your parents, spouse, or revenge prank your kids—we’ve got you covered! Pick a few of these and you and your family will have the best April Fool’s Day EVER! 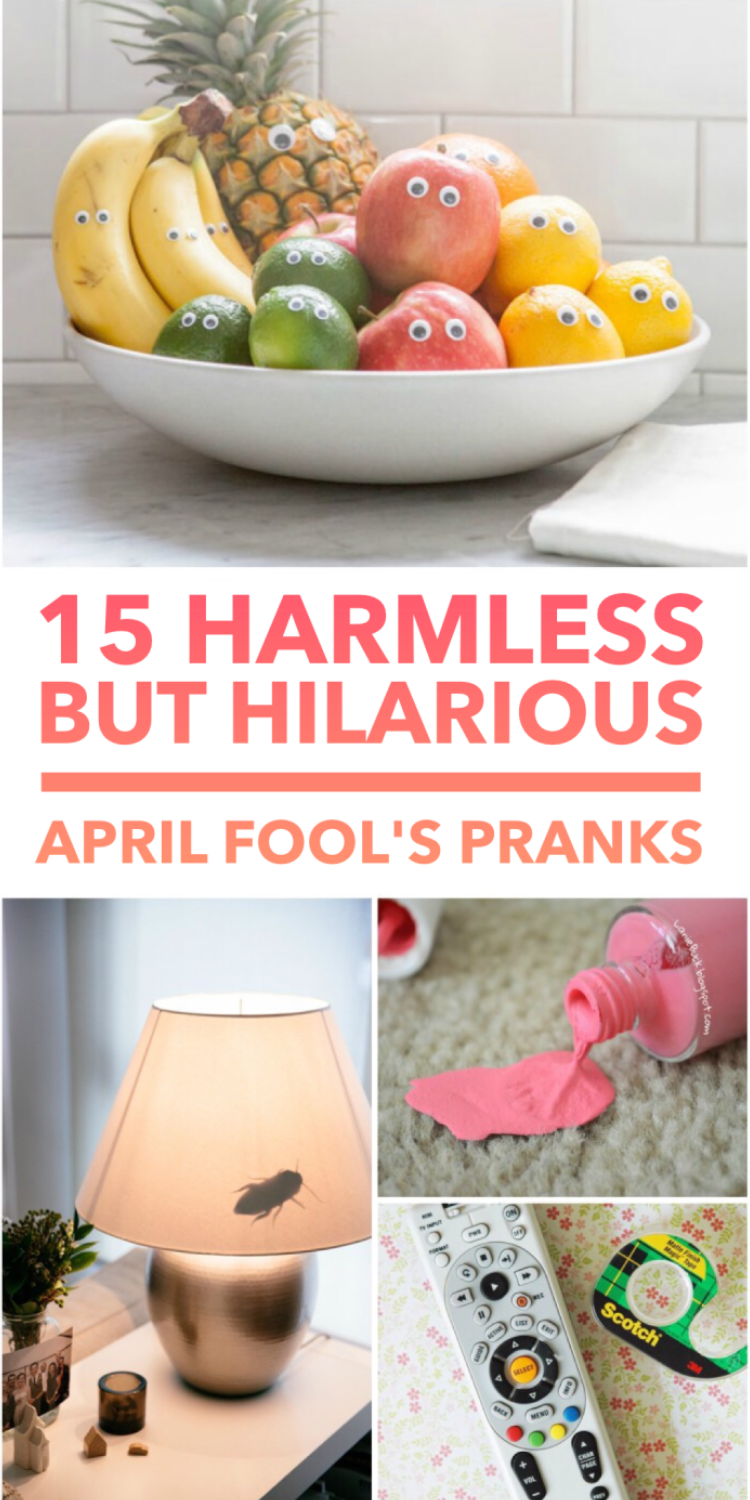 1. The nail polish on the carpet trick fools them every time.

Want to pull one over on the neat freak in your family? This nail polish prank is sure to do it! School glue, paint, a baggie, an old nail polish bottle are all you need for this trick. You can also just pick a cheap bottle of nail polish up for a dollar, so you don’t have to sacrifice your favorite color. 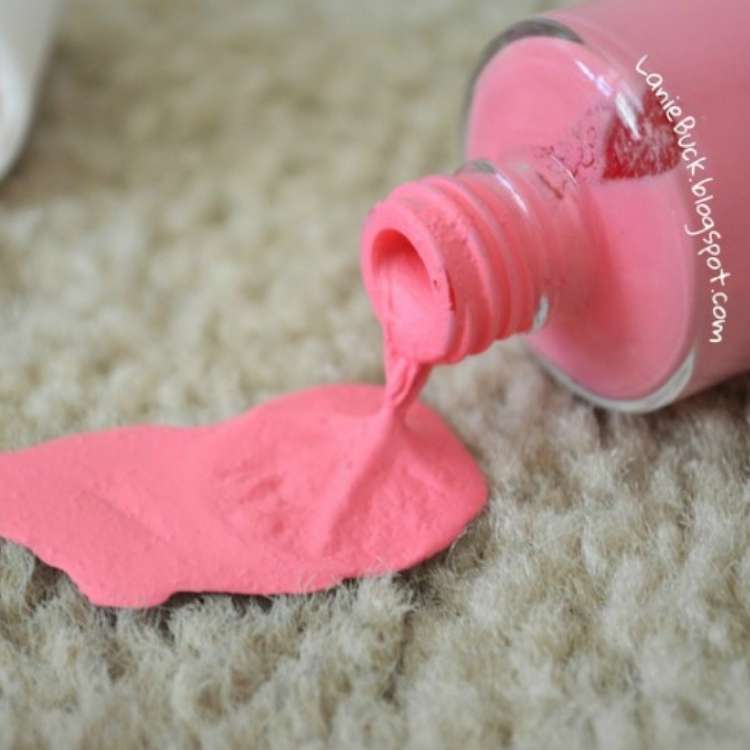 Although, this one might take a bit of planning ahead. The glue will need to have time to dry completely. Hey, but once it’s done—you have a go-to prank that should give you lots of mileage. The ideal places for this April Fool’s prank are almost limitless. You could place it on an iPad, keyboard, or a teenager’s bedspread.

Seeing an upside down nail polish bottle spilled on the carpet will scare ANYONE!

2. Ice Cream spill on the couch is one of the best April Fool’s pranks on parents.

In this trick, the spill made to look like an ice cream spill. It’s actually a little easier to make this dessert look real melted chocolate chip mint ice cream. Glue is so easy to work with and cheap to use. Put this little beauty on anything new and it is sure to make a big splash. (See what I did there?)

Another version of the spilled nail polish prank that might be more likely in your house is the spilled ice cream prank. I don’t know about you, but my kids are certain we stay up late eating ice cream after they go to bed. So this one could take on a whole new twist if mom and dad played it on the kids. Fair warning though, this one might get them wanting real ice cream.

However kids, if there’s anything new in the house…this is the best April Fool’s prank on unsuspecting parents. 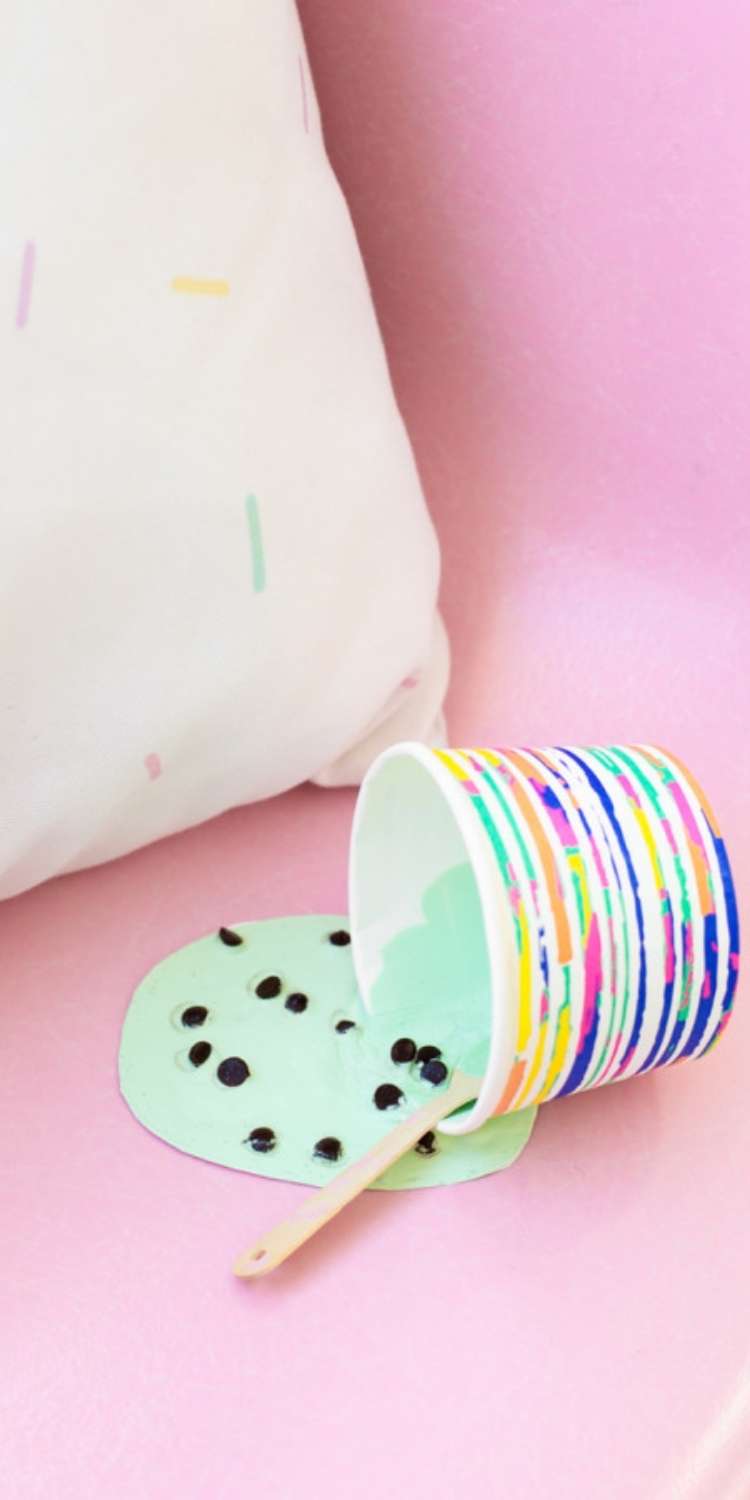 3. Chills and squeals are guaranteed with a wrapped cockroach prank.

This clever mom found an image of a cockroach and printed it on transparent paper and cut it with her Silhouette. Doesn’t it look real? A little too real for my taste. Personally, I think this one would be better to make for the kids to take to school and let them have their April Fool’s pranks on their classmates in the lunchroom.  You could also use plastic bugs.

Then again, it could also make the poor lunchroom monitor squirm. 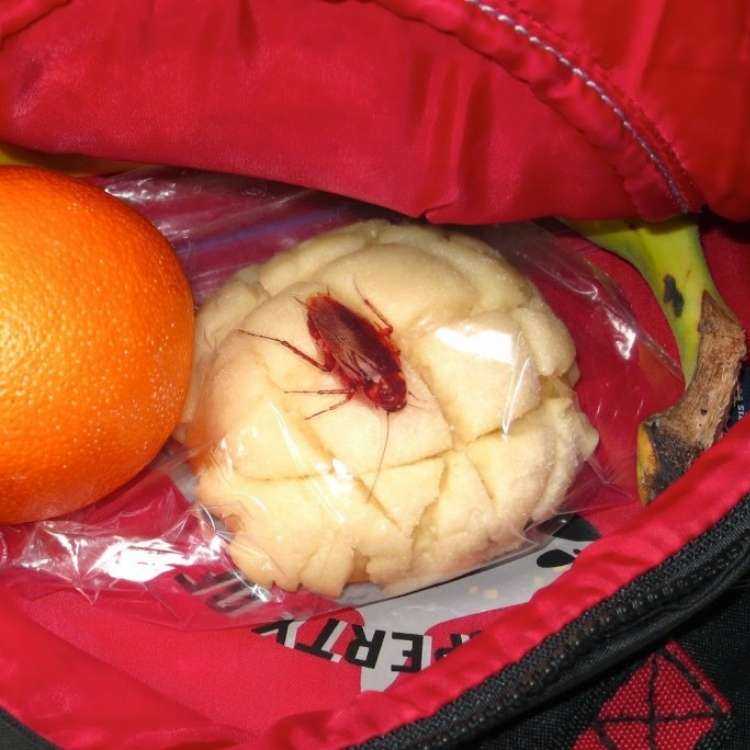 Play a cereal joke by freezing your kids’ cereal to make breakfast time really confusing. This prank is another one you will want to plan ahead. The night before just stick that bowl of their favorite cereal in the freezer. Be sure to have your camera ready! And it all starts in the freezer the night before with this classic prank. 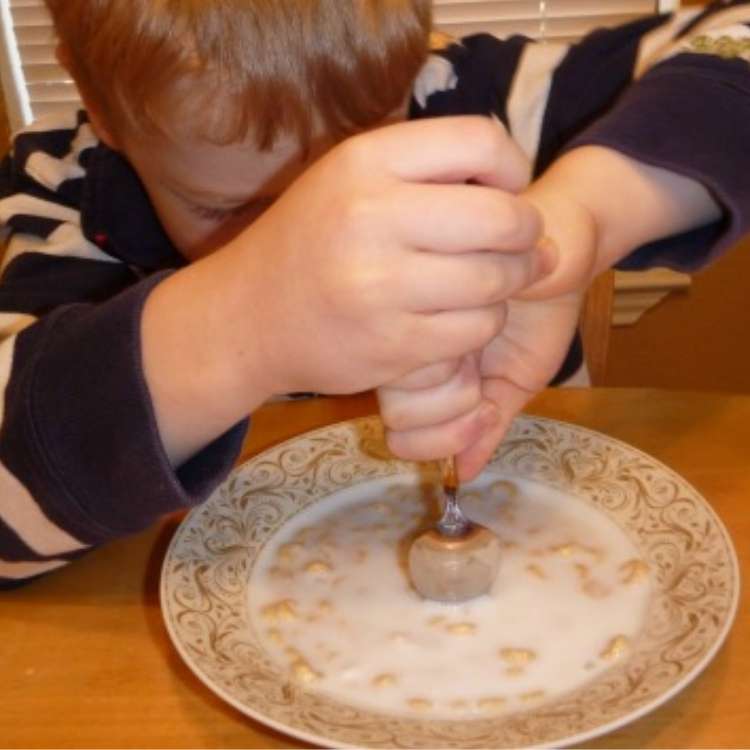 It’s always fun to find ways to laugh and do something unexpected with your kiddos. Try making April Fool’s Day a tradition by choosing one or more of these pranks and do them together.

5. The “flock your neighbor” prank.

This April Fool’s prank is a great one you can do as a family. Set up a flock of flamingos in someone’s yard with the message “You’ve been flocked.” Think of it as a much nicer variation of the classic “TP-ing” your neighbor.

Or, don’t leave a message and just leave them wondering what’s up. Either way, this is defiantly a great group project. Heck, you might even start a new tradition in your neighborhood. 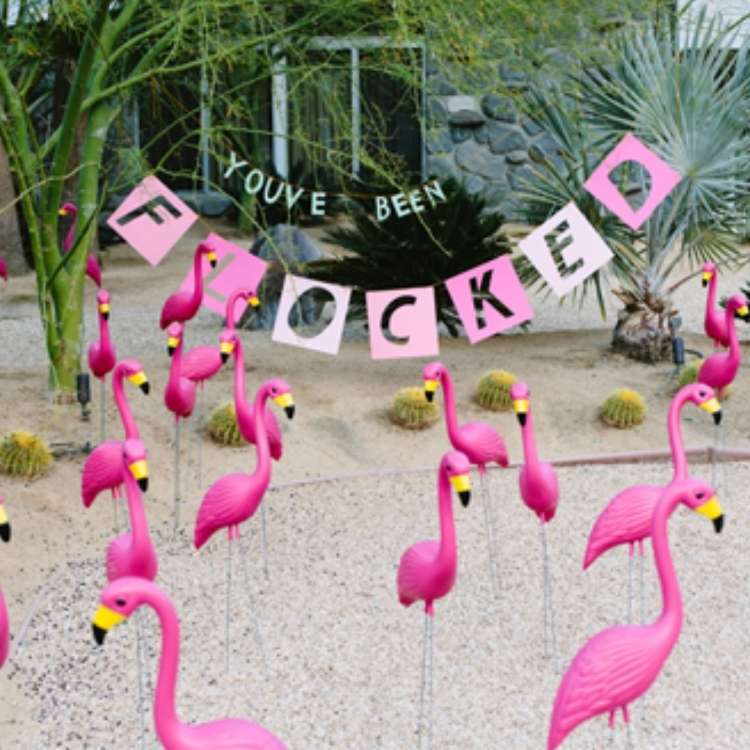 The catch-a-dollar prank is always fun. This is another one of those April Fool’s Pranks that you can totally do as a family. Instead of using a hook, tape a dollar (or ten-dollar bill depending on who you’re trying to prank) on the end of a fishing line. The best way would be to use an actual rod so you can reel it in.

Place the “bait” on the sidewalk and have everyone hide in the bushes until an unsuspecting neighbor walks by. if the mail carrier comes at a certain time that would be perfect. When they bend down to pick it up—reel the money in and see if they will chase it into the bushes. Then jump out and say April fools with practical jokes.

April Fool’s Pranks on Your Teens and Tweens

This one is perfect for that prissy teenager or your spouse. Paint a dry bar of soap with clear nail polish and leave it in the bathroom to be found. Get a good coat on it to prevent the soap from lathering.

Personally, I wouldn’t try it on the under ten crowd, they might not even notice. I’m willing to bet your spouse or teenager sure would. Hey, the good news is that it won’t get slimy right? 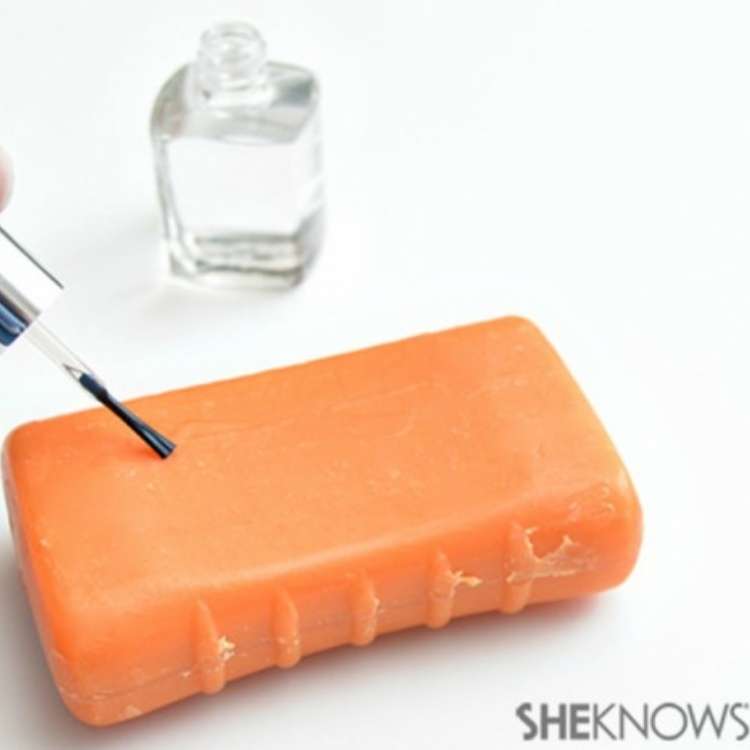 8. Tape over the remote sensor is always a funny prank.

This is a great one to play on your tweens as April Fool’s joke. Put tape over the remote sensor on your remote control and watch as your kids try to turn on the tv after school. Do kids still know how to turn things on manually? Kidding…sort of. I don’t know about yours, but mine would probably download a new app on their phones and try to use that before they would get up to look for a button! 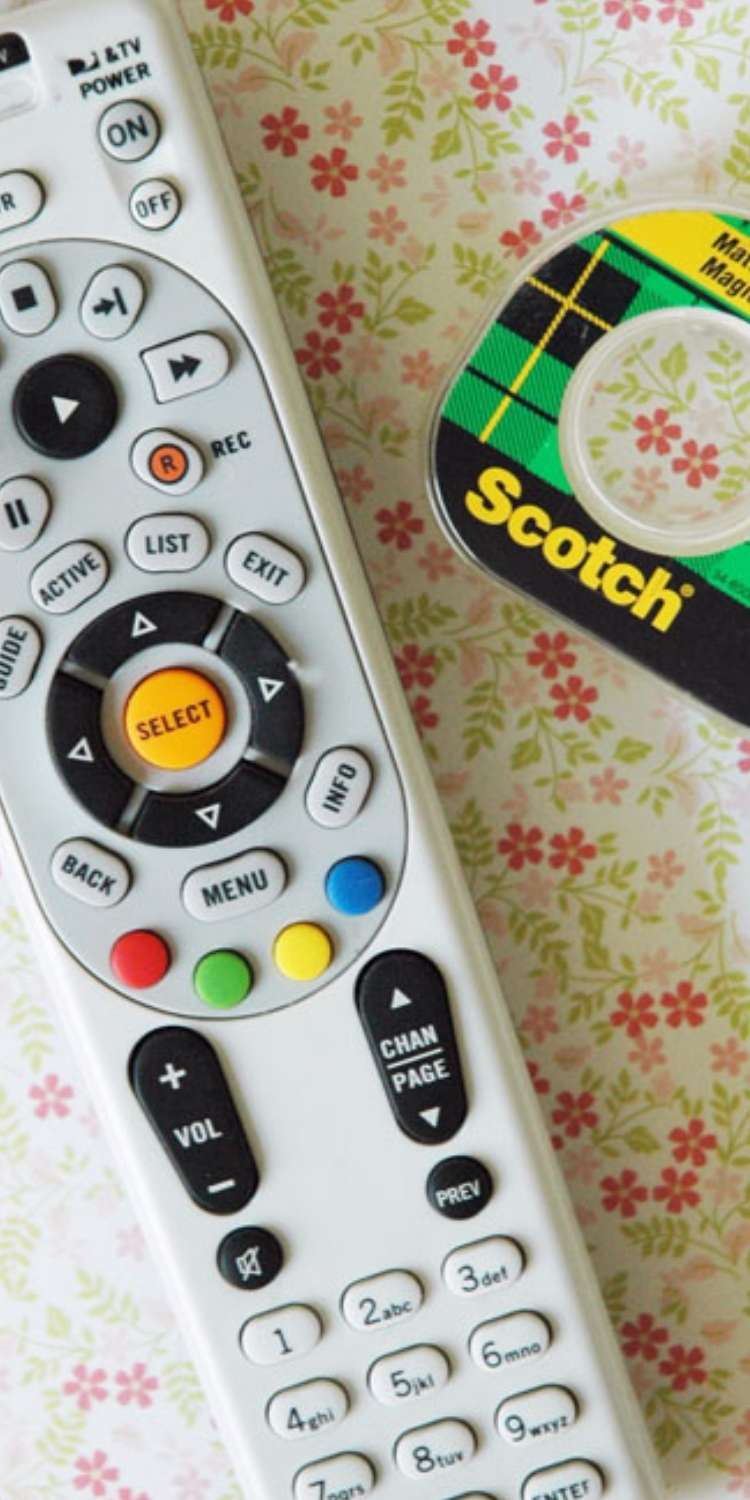 Tell your kiddos when they come home from school they will have a big plate of Brownies waiting for them on April 1st. Then treat them to a batch of Brown E’s (Get it? Brown-Es/brownies!) They might be disappointed at first, but it would be so fun to see their faces when they get the joke!  All you need is some brown construction paper, cake sprinkles or confetti and a little glue.

You may have to have a real plate hidden somewhere to keep it really fun. If not, you might just start a full-blown prank war. But hey, no worries if you do! We got you covered with more April Fool’s pranks. 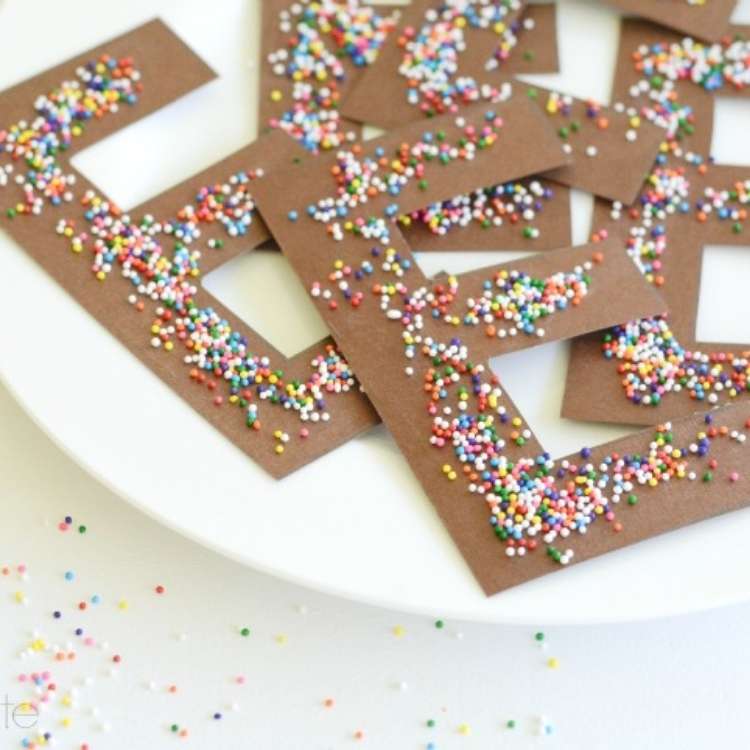 Harmless April Fool’s Pranks Even Your Littles Will Enjoy!

10. Stick google eyes on everything and April Fool’s pranks everywhere!

Okay, this April Fool’s prank is just plain fun. It’s my favorite. Stick adhesive googly eyes on EVERYTHING. The fruit in the fruit bowl…stuff in the fridge…family portraits.

Your toddlers will giggle up a storm. They might be too young to understand a prank, but they do know, understand, and love being silly. Why not introduce them to April Fool’s pranks with a house full of googly eyes?

11. Pour the kiddos some jello juice.

Pour the kiddos some undrinkable juice. (It’s really Jell-o.) in this classic joke. Unlike the “Brown Es,” this little trick they will get to enjoy as soon as they discover they have been fooled. After they figure it out, pull out the spoons. Jello is always good for a giggle. 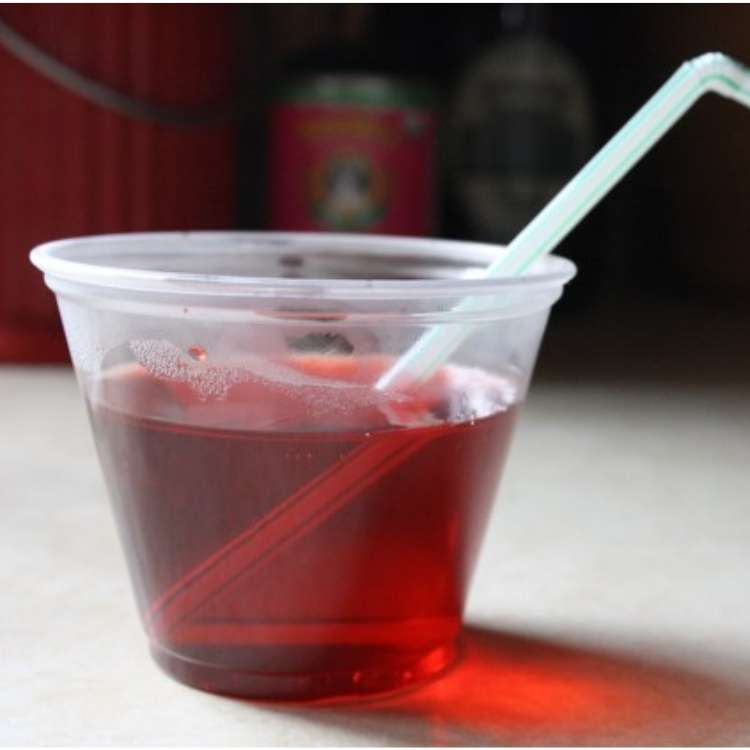 Here’s a great one to prank the little guys for a favorite April Fools’ day prank. Turn your kids’ bath blue with water pranks! Gel food dye is the secret to this prank. What better way to end a long day of pranks than a bath of blue or yellow water. Personally, I think the best version of this prank is to run a bath filled with bubbles as a surprise.

Then when they get in they discover the water is bright yellow! What do you think their first reaction will be? 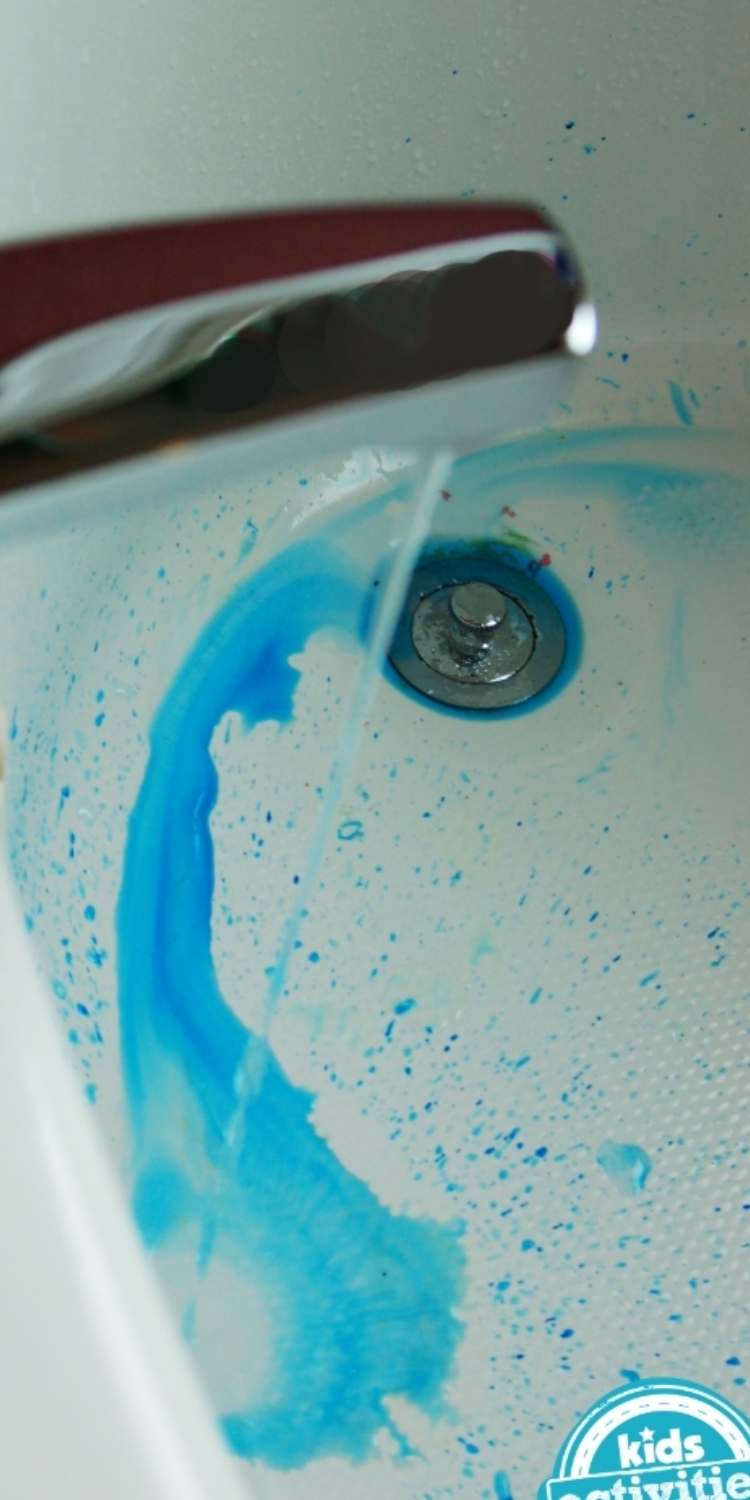 Put bubble wrap under the entryway rug. Someone will get a loud surprise when they come through the door. Then, if your kids are like mine they will be jumping up and down on it to pop every bubble. Who doesn’t love a good bubble wrap POP! 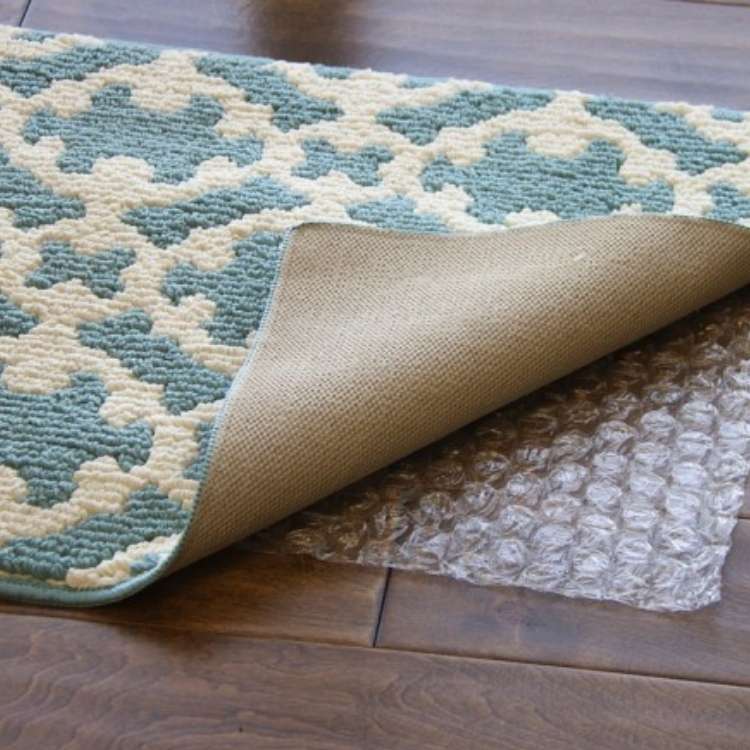 14. Best Scary Prank: Cut out some insects and tape them to the inside of a lampshade.

Cut out some insects and tape them to the inside of a lampshade and turn on the lights. Eeek…bugs everywhere! In my house, we have a little guy who is terrified of bugs, so this wouldn’t be a good one to play on him, but it’s a fabulous prank to do with him. He totally gets it when it comes to being scared, so scaring his big brother is a real thrill. 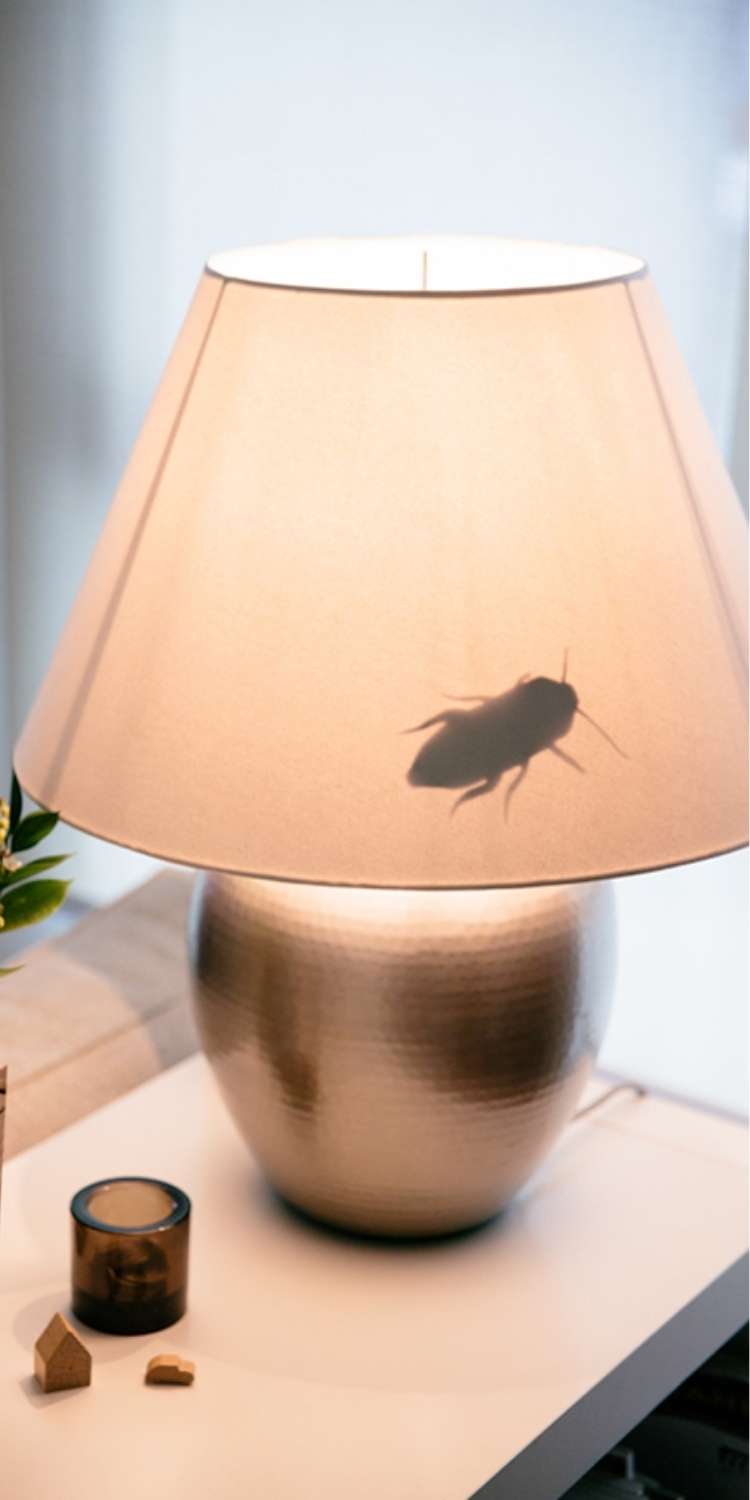 15. Replace the cream filling in an Oreo with toothpaste.

Do your kids open the cookie and scape out the middle? Mine sure do! It will only take the first scoop and they will know they have been pranked. Replace the cream in some Oreos with toothpaste. Don’t fill a bunch of cookies. Why waste a good Oreo? The trick will be just as good if you simply tuck one prank cookie in with the rest.

Warning: Stop them after the first bite. You don’t want anyone actually consuming the toothpaste. So make sure you are on had to make sure this little gag goes right. 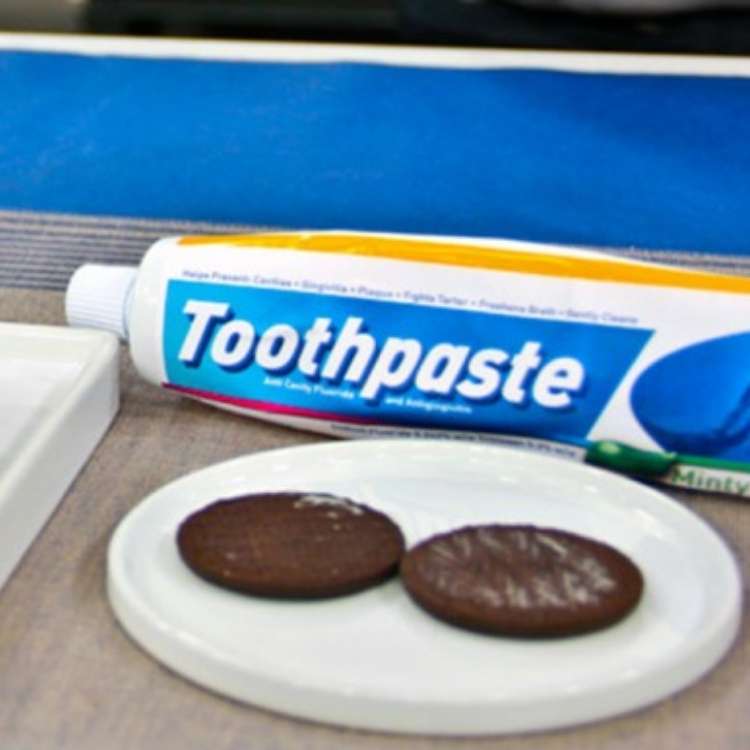 While we are on the subject of pranks and surprises check out these posts: