How to Host a Friends Themed Party 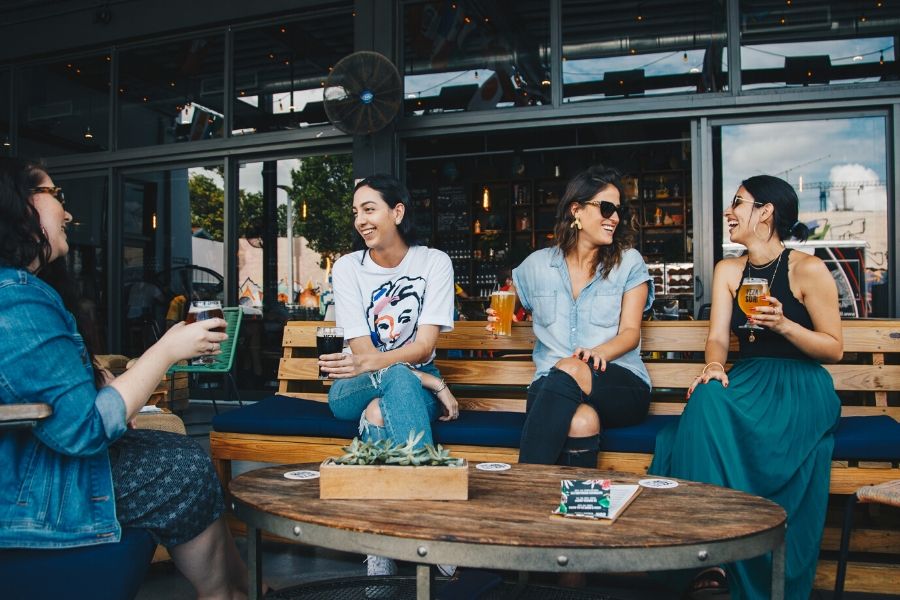 Since the iconic sitcom Friends came to Netflix in early 2015, old (and new) fans have enjoyed the timeless comedy with the Friends cast! Here are a few tips on how to have a Friends Themed Party to have a proper sendoff for this beloved show.

Friends is leaving Netflix in early 2020…why not send it off by watching some of the last few episodes with your own real-life friends and throw a fun themed party?

The fan-favorite comedy is considered one of the best shows in the history of television. No mention of ’90s pop culture is complete without referring to the group of six friends who seemed to spend more time hanging out than actually working.

With these 5 tips, you can easily throw an amazing Friends-themed party that even Monica Geller would approve of!

This is where you need to pay attention to specifics because even the tiniest details will have a huge impact on your guests.

The famous lavender apartment door with the yellow-framed peephole from the Friends apartment should be the first thing that your guests spot as they enter your party!

You can recreate the iconic purple door by wrapping your front door with some purple wrapping paper (or purple fabric) and attaching the yellow peephole frame.

Other Decorations to Include

Sprinkling other show references around the party table will delight your guests, and I’d be willing to bet you will hear them talking with each other about moments in the show when they see each decoration piece.

Some ideas of decorations to include are:

As the final touch, take a little time to frame some popular quotes from the show and put them around the area. Have fun with it – your guests will love this detail!

There are so many possible quotes that you could use for your party.

You can’t host a party without drinks… and if you are throwing an amazing Friends-themed party what drink comes to mind? Coffee.

Friends wouldn’t be Friends without Central Perk. Re-create the Central Perk coffee shop by setting up a coffee bar and an assortment of mismatched mugs (or ask everyone to bring their favorite one from home) to capture the vibe of the famous Friends hangout.

Or you could even have several Central Perk coffee mugs that people can use at the party.

With Monica being a chef and Joey’s genuine love of food, there are so many food references throughout the show! Here are some food ideas that you can serve at your party:

You could even take it one step further and recreate some of the most popular recipes from the tv show from this cookbook, The One With All The Recipes: An Unofficial Cookbook for Fans of Friends.

You can choose to go a couple of different directions with the music.

All you need are some willing karaoke singers and the lyrics for a lot of laughs! Print out the lyrics to Phoebe’s songs from the show (most are very short). Play this video on the big screen, grab a drink and sing along!

If you would prefer to have music on in the background, then here are a few songs you can include in your playlist:

Party games can really make or break a party, especially a Friends Themed Party. In the show, there are many times when Joey, Monica, Ross, Phoebe, Chandler, and Rachel played some type of game. We think it’ll be fun to create our own version at home!

Here are a few quick ideas:

Follow this link to find full instructions on how to play the Cups game to use at your party: Cups Friends Game

These days a party isn’t a party without a photo booth! You can have so much fun with the props, and it doesn’t have to be expensive.

Turn it into a quick competition and see who can come up with the best Friends inspired for a small prize.

A few storylines involve the Joey and Chandler’s foosball table including the first time we see Monica’s competitive streak, and the time the chick and duck get stuck inside! You can have a foosball tournament and bring some friendly competition to your party.

Instead of playing trivia as they did in the show, play Friends trivia to see who really IS the superfan!

There you have it, seven easy steps to an amazing Friends-themed party. These party ideas are great to use for any kind of Friends themed party: baby shower, bridal shower, going away party, and even a Friends themed birthday party.

A great party comes down to food, decorations, and activities. Nail those, and you’ve done your job! Could you BE anymore prepared?

More From One Crazy House: